Gas for a secure energy supply 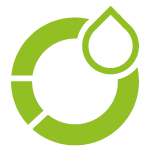 With 5100 billion cubic metres (bcm) of known remaining natural gas resources, Europe has enough gas to meet around half of its own demand for another 25 years. Resources classified as ‘yet-to-find’ have risen, driven by supportive policies and the identification of encouraging prospects in Croatia, Cyprus, Greenland, Ireland, Norway and Romania. 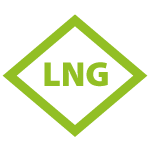 LNG plays an essential role in enhancing security and diversification of both sources and routes of supply in Europe. It allows access to the global gas resource base, reducing the risk for importing countries to be dependent on a limited number of suppliers, and providing quick access to alternative sources in case of disruption. There are currently 29 LNG terminals operating in Europe, with a total send-out capacity of around 227 bcm per year and further capacity is being developed. A number of LNG terminals projects are under consideration all around Europe. 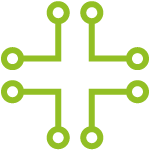 Security of supply can be further enhanced by market interconnection, storage capacity, improved grid interoperability and route flexibility, all achievable through investments in infrastructure. The European gas grid needs relatively small investments in missing links in several regions. As new import routes are being built in northern Europe, pipeline corridors are also being studied for the south. 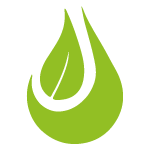 Renewable, decarbonised and low-carbon gases have considerable potential for growth. Renewable gas is the category name for CO2-neutral gases, including biogas, biomethane BioLPG, renewable hydrogen and synthetic methane from power-to-gas. Decarbonised gases include hydrogen gained from pyrolysis process as well as hydrogen from natural gas reforming combined with Carbon Capture and Storage (CCS). Biomethane from waste or biomass, synthetic methane as well as hydrogen can be used in stand-alone equipment or blended with natural gas in the existing infrastructure. Using this infrastructure to enable the transport, storage and distribution of renewable and low carbon gas would significantly lower the total EU energy system cost, while contributing to delivering climate and energy objectives set out in the Paris Agreement and the European Green Deal.